In the face of repeated Europol-led crackdowns, and frequent flagging of content by the EU Internet Referral Unit (EU IRU), government agencies, anonymous users, and outfits specialising in countering terrorist propaganda—on the Telegram messaging application, as well as the frequent use of artificial intelligence to detect and remove terrorist propaganda on mainstream social media sites—terrorist organisations have adapted their propaganda output. Crackdowns and suspensions have forced Islamic State and al-Qaeda to find alternatives. In fact, these efforts to tackle terrorist propaganda online only had a marginal impact and have not considerably affected the overall output and transmission methods.

Islamic State took the lead by temporarily migrating to TamTam, Hoop, Conversation, Riot, and other messaging applications. However, following deletions and bans on these platforms, Islamic State media channels soon returned to Telegram, which remains the most user-friendly alternative—at least for propaganda dissemination by Islamic State and its supporters. Many Islamic State channels on Telegram have been active and free from disruption for the last seven months, and others not monitored by the authors probably longer.

The longevity of Islamic State channels can be explained by several factors. First, Telegram does not pro-actively crack down on Islamic State accounts and channels, except when it comes under external pressure from agencies such as Europol or government agencies. Second, Islamic State operates channels with low numbers of subscribers, often not exceeding a dozen. It has also implemented a straightforward system of vetting in which the would-be subscriber contacts the administrator directly to obtain an invitation link.

In contrast, al-Qaeda groups have had difficulties maintaining a more permanent presence on Telegram and are more frequently exposed to flagging and swift takedowns. In response, al-Qaeda has experimented with alternative ways of diffusing its propaganda. Rocket Chat has proven to be the most robust choice for al-Qaeda through its Geo News platform, which hosts in one place multi-lingual media channels from the organisation’s various branches, affiliated media, and supporters. Al-Qaeda’s Geo News platform has not been removed since its inception in late 2019.

The Geo News platform is built on open-source code with a password-protected Slack-style workspace interface. It currently harbors at least 106 channels related to propaganda by al-Qaeda-linked groups, and 2142 registered users. In a way, the forum-style design represents an integrated and upgraded version 2.0 of the historical jihadi discussion forums as a hub for the radicalisation and recruitment efforts of al-Qaeda and its supporters. At present, Geo News represents al-Qaeda’s propaganda diffusion backbone and provides continuous accessibility to propaganda items across the board.

While al-Qaeda groups are certainly present on Telegram, WhatsApp, Riot, and Minds, the number of subscribers on these platforms is only a fraction of the number of users on Rocket Chat. Al-Qaeda groups further develop websites such as Emaad with a central profile covering all of al-Qaeda’s affiliates, and the region-focused Ceenasa (for the ‘Center of Strategic Studies for North Africa and the Sahel’), although these platforms were relatively short-lived amid takedowns (See Figure 1).

The launch of the al-Qaeda-linked Thabat News Agency, a propaganda outlet reporting on the activities of al-Qaeda’s affiliates around the world, was a more fruitful part of al-Qaeda’s digital transformation. To an extent, Thabat, which serves as an al-Qaeda news aggregator, mimics the Islamic State’s Nashir News Agency. Nevertheless, Thabat runs bots with a comparably stable presence on Telegram, thus, functioning as a viable ‘outsourcing’ option for reporting on al-Qaeda’s various affiliates. In addition to the Telegram bot, Thabat uses free website builders for propaganda dissemination, and a Yola site for the purpose of distributing a weekly newsletter, similar to Islamic State’s Al-Naba bulletin. The site currently has twenty editions of the Thabat ‘newspaper’ (see Figure 2). 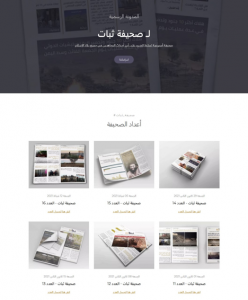 A site created with the free website builder SITE123 is used to showcase yearly, monthly, weekly, and Ramadan (‘month of conquests’) statistics on operations by al-Qaeda’s affiliates (see Figure 3). 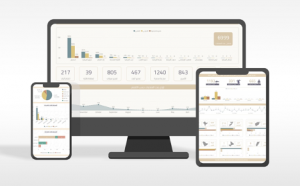 More noteworthy than Thabat’s use of free website builders is the creation of its multi-function Android application as a single channel to promote news reports, statistics, publications, op-eds, and other media items (see Figure 4).

Figure 4. Thabat promotion of its Android application on Telegram, 12 March 2021

Thus, Islamic State and al-Qaeda have shown a significant degree of adaptation in the battle against online propaganda. Both have undergone different albeit parallel processes of digital transformation. Islamic State temporarily migrated to other messaging platforms—to return and modify its approach to sustain its media operations on Telegram—its application of choice. The latest iteration of Islamic State’s digital transformation was the creation of its Nashir News Agency groups on the professional networking service LinkedIn. Meanwhile, al-Qaeda has regressed into the future with a forum-style platform combined with the ‘outsourcing’ of day-to-day media tasks.