Hyper-Reality, Identity and Mediatisation – A Sociological Reflection on the Pro-Islamic State Online Community

During the opening months of 2021 several pro-Islamic State unofficial media outlets have produced and shared a vast amount of video productions, both short and long, sophisticated as well as seemingly improvised. With almost only occasional half-minute video footage from Amaq News Agency, the official Islamic State propaganda organs are experiencing a decrease in production of moving images. This raises the question of the significance of supporter driven media groups such as Al-Battar, Hadm Al-Aswar, At-Taqwa, Aladeyat, Asawirti Media, War and Media, and Virtual Battlefield, producing visual propaganda on behalf of or aligned with Islamic State. 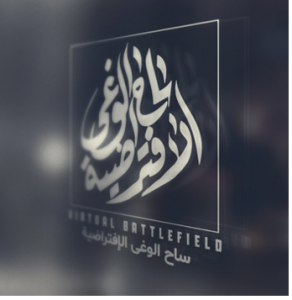 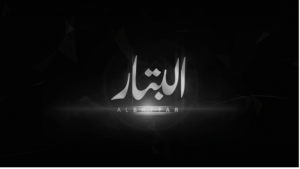 In a recent GNET Insight I presented five categories characterising the present momentum of Islamic State’s virtual caliphate, one of which referred to an expanded outsourcing of propaganda. This outsourcing takes different forms and opens up for a theoretical reflection on wider implications of this development, concerning both digital and societal realms. Empirical observations of dynamics occurring within the online communities when supporters interact and collaborate around propaganda production are essential. In addition, it is equally crucial to theoretically reflect on the sociological impact of the prosperous online environment applied by engaged Islamic State supporters. Below is an attempt to approach the formation of, attraction to, and dynamics within pro-Islamic State online communities through postmodernist, sociological, and media theoretical concepts.

Our perception of Islamic State’s social reality is predominantly based on the strategically mediatised version of both the past so-called caliphate, current military operations and attacks, and overall framing on religion, politics and ideology. In addition to Islamic State’s continuously strong central media machinery, this construction of reality is in addition crafted by supporters in media collectives on digital platforms and disseminated on a global scale. The aim is to generate an intersubjectively constructed, or manufactured, social reality in which Islamic State’s success and superiority over adversaries constitutes the base. Through video productions, visual posters, pamphlets and commentaries, Islamic State supporters online are actively co-creating what postmodernist social theorist Jean Baudrillard would consider a ‘simulacra’ – a selection of mental maps of reality governed by simulation. This process is implemented by portraying an untainted and non-contested social reality in which there are no grey areas or negotiations about perspectives on religious or political issues. Through visual expressions, supporters online contribute to an intersubjective seduction of ideologically likeminded, and the pro-Islamic State media collectives can be considered simulators. By reproducing and disseminating simulacra (unreal images) supporters enhance the narratives promoted by the central organisation and craft a new social reality – a hyper-reality – which moves between the real and the imaginary. In the minds of Islamic State supporters the hyper-reality appears as result of simulation where content loses its referentiality, and thereby strengthens the palpability of the organisation’s superiority and righteousness.

Two of the most active media collectives producing pro-Islamic State content are ‘Virtual Battlefield’ and ‘War and Media’. Both are hard to define in terms of organisational structure and online network architecture, however the common denominator is the frequent production and dissemination of unofficial videos in response to current events or official media relayed by central Islamic State outlets. When ‘War and Media’ released a response video to the Netflix production “Mosul” in November 2020 it was a clear example of how outsourced propaganda can constitute a competitive system of meaning. While the Netflix production discredited Islamic State and emphasised heroism among those who fought them, the ‘War and Media’ video framed Islamic State fighters as the true heroes with support from local population.

The pro-Islamic State video was not only marketed with the Netflix logotype, but in addition managed to stay up on several open platforms (such as YouTube) much longer than an official Islamic State video would have done. It is an example of Islamic State supporters contributing to craft a hyper-reality in which the real and the imaginary are blurred and the already strong conviction of an ideological and political perspective on the world is reinforced. Through active participation in the crafting process individuals are also less likely to feel empathy for adversaries, as the desensitisation effect of continuous engagement with for instance violent visual material contributes to erase cognitive and emotional responses towards those exposed to the atrocities portrayed.

In sum, the collaborative engagement among Islamic State supporters in simulation processes to generate a simulacra and an uncontested hyper-reality has become a signifying practice in contemporary digital jihadist environments. This practice has ramifications beyond the virtual walls of encrypted channels on digital platforms. It sheds new light on wider aspects of the mediatisation of global jihad and implications for groups like Islamic State in a new media environment.

Enhancing the Mediatisation of Global Jihad

Various institutions of society have over the last decades gone through what in the academic field of media and communication is conceptualised as ‘mediatisation’: the process in which societal institutions increasingly submit and adapt to various forms of media logic.

Contemporary political, financial, medical and legal discourses are to a large extent mediatised, adapted to a media saturated environment in which communication strategies are designed according to internal logics of media spheres, whether it’s changing platforms to communicate on or framing messages to a targeted audience based on media consumption habits. With the expansion of Islamic State online communities, ideological frameworks and puritanical doctrines of Salafi-jihadism have increasingly become remediated in digital forms, not least through visual means. This development raises questions on what it entails for the perception of global jihad, for its internal identity – when distant online sympathisers not only consume but actively interpret and collaboratively produce ideological propaganda through short visual extracts such as Instagram stories or TikTok videos. These questions are impossible to fully answer, but the enhancement of mediatisation is evident. Ideological messages of global jihad are increasingly adapted to fit a certain visual media or platform which per definition includes a selection and emphasis, not least in relation to the choice of a targeted audience.

There is of course a natural subjectivity in any transfer or sharing of information (for instance how journalists choose to package information based on audience perception and media platform). But the process is perhaps more complex when it is decades of ideological doctrines which is to be selected from and packaged into a visual extract to appeal to a tech-savvy young audience customed to consume information in a completely different way than followers of Al-Qaeda in the late 1990’s. Hence, through outsourced propaganda production the mediatisation of ideology has accelerated and more immediately raises questions on the future impact of this development on terrorist organisations, sympathisers and modus operandi of online extremism. It can be argued that the global jihadist movement forcefully has adapted to the media environment and logic, which in turn has established the current phase of mediatisation of jihadism.

Strategic use of and adaptation to media forms is nothing new within the spheres of terrorism. But the pace and intensity in which it occurs, most clearly illustrated through Islamic State’s media collective’s deliberate targeting of audiences based on access and use, constitute an acceleration of the process. The carefully considered mediatisation of Salafi-jihadist ideology among Islamic State supporters requires academic scrutiny of the intersections between content, form, platform and audience.

One of these intersections can be analysed through the conceptual lens of social field theory. With the active use of participatory media, supporters find not only an ideological context, but a digital social field and artistic community. From a sociological perspective a social field of society includes individuals creating a space with and through competition, hierarchies and internal logics of power and expressions. An online supporter community connected to Islamic State can be considered a digital social field and allows an analytical approach to understand its structure and relations between members. The individuals participating, in this case active Islamic State supporters on a digital platform, do so by bringing certain background, ethnicity, nationality, political views and approach to ideology and religion. These forms of human capital (experiences, knowledge, creativity) are then expressed through the individual habitus (dispositions, actions, habits) within the delimited social field, not least in the form of co-producing propaganda and contributing to ideological discourses in interaction with others.

Individuals in these channels usually share similar understanding of Islamic State’s political and ideological framework and can therefore safely express themselves both in conversations and through propaganda production. In turn these expressions generate certain positions for the individual in the social field and digital community. Visual posters inciting fellow supporters to strike in countries and cities are illustrative examples of artistic expressions within the realm of defined online communities around Islamic State. Various human capital is embodied through individual artistic expression and thereby supporters are dispositioned in relation to one another. It can reveal level of conviction, knowledge, perspective and overall identity markers which in turn are perceived by other members.

The structural logic of the field is determined by the level of attachment experienced and exercised by members of the community. Through participation in propaganda production, members reveal more about themselves and their alignment with the group or ideology which in turn fosters stronger bonds between individuals. Research on the attachment and identification of online communities has for years revealed multiple layers of attachment and attraction to certain online communities. A useful distinction, from a social psychology point of view, is that individuals are joining a group by either attraction to a common goal or seeking to build interpersonal bonds within the community. The current condition of Islamic State supporter communities reveals how these two modes of attraction are skillfully combined and supporters identify both with the common goal inherit in the organisational framework, and with each other by fostering interpersonal ties within the community. Accordingly, the “success” in terms of expansion and activity among pro-Islamic State media groups and communities should to some be explained through the internal dynamics and structure where individual attachment and expressions empower other members.

Theoretically-based knowledge and analysis to predict why online communities grow stronger is crucial, not least considering how Islamic State unofficial and supporter-driven communities online are growing at a steady pace. The vast number of academic approaches to understand how both individual and collective identity-formation occurs in physical environments in regard to violent extremism, must be matched with similar effort and approaches to analyse the virtual world of Islamic State supporters. A framework focusing on the digital social spheres of individual behaviour and relation to likeminded members (including distant audiences), is crucial for advancing knowledge on contemporary hybrid warfare. By crafting a hyper-reality, by enhancing the mediatisation of global jihad, and by forming identities and attachment in relation to others, Islamic State supporters are currently forcing the academic community to refine its methods to predict the trajectory of this development and contribute to improve strategies to prevent further enhancement of Salafi-jihadist ideological doctrines.