The growing concern over online extremist radicalisation has driven increased interest in the dynamics of online platforms hosting extremist content. Understanding how individuals engage in these online spaces and therefore what impact they have on participants’ beliefs and inclination to violence is crucial, as they constitute part of growing and continually evolving online ecosystems pertaining to Salafi-Jihadist, far-right, and misogynistic ideologies, which regularly underpin offline acts of violence. Recent data-driven work exploring forums, which still hold dominant positions in the extremist online landscape in spite of the rise of alt-tech social media, has looked at posting behaviour, the relationship between forums with the same ideology, the temporal evolution of sentiment and ideology, as well as the relationship between online and offline socialisation.

Results from this body of work hinted at the existence of a ‘super-posters’ phenomenon, whereby a small number of users post at a disproportionate rate and may therefore dominate and shape the discourse of a particular online space. In other words, exerting a minority ideological influence on more passive members. A specific body of research thus emerged that sought to better characterise, highlight, and measure this phenomenon, with notable contributions from Kleinberg and colleagues, Scrivens, and Scrivens and colleagues. While laying a firm foundation, such work mostly focused on the same one or two extreme right-wing forums, thus leaving open two questions. First, to what extent is this phenomenon found in forums of different sizes, ideologies, languages, and technical affordance? Second, what exactly is the relationship between the most active users and the rest (do forums only host two categories of overactive and passive posters, do super-posters engage with less active ones or/and respond to each other, etc.)?

In our recent work, we answered these two questions, quantitatively exploring the data collected from eight far-right, seven Salafi-Jihadist, and two incel forums of different sizes and languages. Crucially, we also included a number of non-extremist forums, dedicated to the topics of cycling, parenting, and gaming, in order to act as a counterfactual. In doing so, we highlighted two key findings. First, while every forum indeed had a clique of extremely active members, the classification of users into two categories of super-posters and the rest is not fully accurate: there are instead four mathematically distinct categories, which we labelled (ranking from the least to the most active) hypo-posters, normo-posters, super-posters, and hyper-posters. This distinction, as we explain below, is no academic fiddling: in many cases members of the two middle categories occupy influential positions in the network of interactions despite posting less. Second, this four-tier structure is not exclusively an artefact of extremist forums, but a characteristic of online forum behaviour more generally. Despite their fundamentally different contents, extremist and control forums looked strikingly similar in terms of posting structure.

A number of different mathematical and algorithmic tools are available to explore the dynamics of online posting behaviours. We decided to combine three different methods to answer our two questions in a multidimensional way.

First, a good way to gain a general idea of posting inequality is to apply the Gini coefficient, which is usually used in economics to express income inequality in countries/regions with a single measure expressed between 0 (perfect equality, with everyone having the same share of wealth) and 1 (maximal inequality, with a single individual owning all wealth). Applied to forum posting, a score of 1 would indicate that all posts are made by a single individual, while a score of 0 would denote a situation where every poster contributes equally. The average Gini coefficient for our extremist forums was no less than 0.874, with almost no variation: all scored above 0.8 and the standard variation was 0.037. Strikingly, non-extremist forums had an almost identical average Gini. In other words, all forums – extremist or not, big or small, from the far-right to Salafi-Jihadi – are indeed characterised by very high posting inequality (compare with the coefficient of the most unequal economy, South Africa: 0.6).

From Hyper- to Hypo-posters: Identifying Classes of Posters

These Gini scores, however, didn’t tell us anything about the structure of inequality, which is why we ran the Fisher-Jenks Natural Breaks Optimisation algorithm on each of our forums’ data. This algorithm takes observations from a dataset and attempts to categorise them into a pre-defined number of groups so as to minimise intra-group variance but maximise inter-group variance in an iterative manner until the optimal groupings are found. Multiple runs of the algorithm are conducted to find the optimal number of groups. For all forums of our dataset, that number proved to be four, meaning that there are four mathematically distinct groups of posters (based on the quantity of posting), not two (super-posters and the rest). To represent these categories in the posting distribution graph below (Figure 1), we looked at the total number of posts made by each unique username to each specific platform in the data and then colour-coded the data points according to the output of the Fisher-Jenks algorithm.

This relatively simple method enables several unique insights into the nature of super-poster dynamics. On the one hand, the total number of posts for users on forums follows a power curve, meaning again that it is too simplistic to categorise forum users as ‘super-posters and the rest’. Moreover, the four groups clearly correspond to distinct types of posting behaviours. The hypo-posters are characterised by very few posts, often only one or two. The normo-posters are productive members of a forum’s community but are not flooding it with posts. There are then a number of super-posters who contribute to the forum significantly more than the normo-posters. Finally, there is a minority group of hyper-posters who seem to dominate the conversation by the sheer number of contributions they make to a forum. On the other hand, the rather remarkable fact that all of the forums in the dataset exhibited this behaviour indicates that this phenomenon is not an artefact of the size, language, or ideology of the online space. It is crucial to note that the existence of this behaviour in the non-extremist forums indicates that this phenomenon is not unique to extremist forums but is actually a feature of online forums in general.

This new four-tier typology of forum users has a number of benefits over the previous two-tier one. First and most simply, the fact that the Fisher-Jenks algorithm consistently found that four categories of posters was the optimal number for all forums in the dataset indicates that this new typology is a better empirical fit for this kind of data. Second, and perhaps more crucially for the study of online extremism, even though these online spaces appear to have conversations dominated by a minority group of elite posters, it is important to note the existence of a sometimes sizeable group of active posters who nevertheless post less frequently than this elite group. This group may be responsible for a less quantitatively top-down form of influence than the one implied by the less accurate two-tier structure. 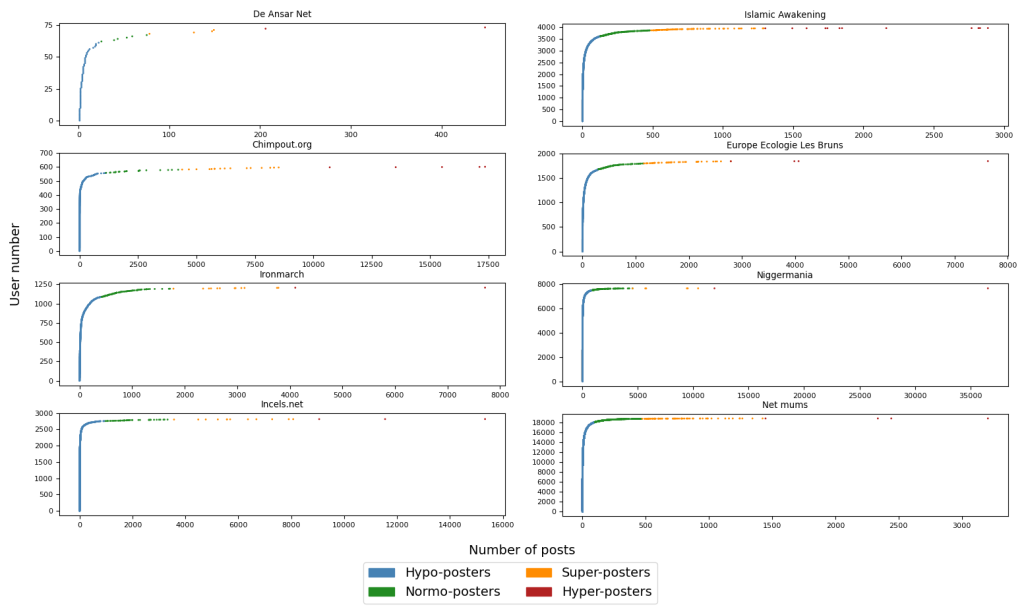 Figure 1: The output of applying the Fisher-Jenks algorithm to a cross-section of platforms in the dataset.

It is for this reason of appraising the respective influence of the four classes of posters that we deployed a third method: a network analysis that explored which users appeared in the same threads on the forums. In Figure 2 below, we represent the posting network of a US white supremacist forum. Each node represents an individual poster, and a link between two nodes represents a reply from one poster to another one’s OP. The four classes of posters are represented with different colours (yellow = hypo-posters; light orange = normo-posters; dark orange = super-posters; dark ochre = hyper-posters), the size of each node represents its ‘degree’ score (that is, its number of links) and the thickness of a link represents it frequency (thick links represent multiple posting interactions).

As in our other forums’ networks, two main observations can be made here, shedding light on the meaning of posting behaviour and interactions for influence and radicalisation dynamics. First, hyper-posters do occupy positions of authority in the networks: they are all centrally positioned, and all have high degree scores. Put differently, they are very important forum members, posting frequently to many members from all four categories. Conversely, the vast majority of hypo-posters are, unsurprisingly, located at the periphery, connecting very little to other contributors (especially other hypo-posters). Second, despite this, there are some super-posters and even a few normo-posters who enjoy similar degree and centrality scores; in some of our forums, especially the bigger ones, some of them actually had higher authority scores than hyper-posters. Posting less does not prevent them from connecting just as widely, making them important members of the community whose influence should not be downplayed simply because they don’t flood the discussion. In other words, even though extremist forums are characterised by highly unequal posting distributions, depicting them as hosting a purely top-down type of minority influence exercised by a very limited elite of prolix posters is too simplistic. 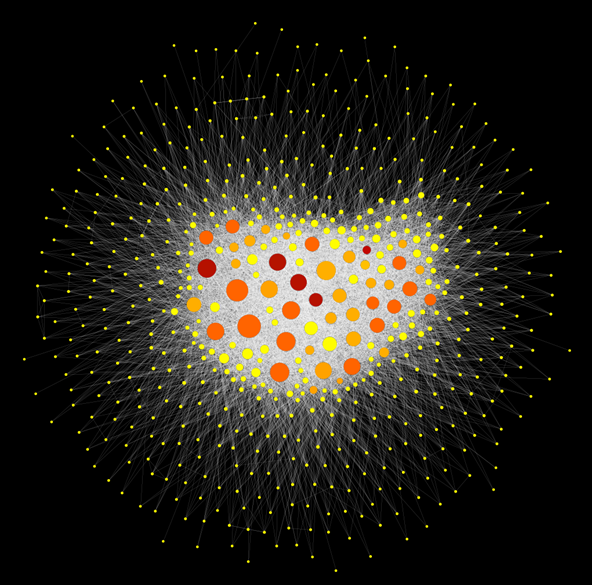 There is still a lot to learn about the user dynamics of online extremist spaces, and the nature of the radicalising milieu that they constitute. However, a growing body of work now provides data-driven understandings of the subject. The present analysis is part of this effort, demonstrating how the combined application of relatively straightforward methods can build upon existing work to significantly expand and consolidate it. Findings such as the ones above are crucial for developing an evidence-based understanding of the dynamics of online extremist spaces and the nature of user engagement with them, and further data-driven work is required to expand upon these findings, particularly in regards to the emergence and use of ‘alt-tech’ platforms and in testing with Natural Language Processing techniques the extent to which our four classes of posters’ ideas, claims, and concepts are approved and re-used by other users.

Stephane J. Baele is an Associate Professor in Security and Political Violence at the University of Exeter. His research spans the social sciences to analyse violent political actors’ communications and to investigate the role of language in international conflict. As of 2020-2023, he is the project lead for the NORFACE-funded consortium “Extreme Identities” (“ExID”), which uses computational methods to map the far-right online ecosystem and analyse its visual and linguistic content.